Soya chunks deep fried with the ginger-garlic, spices and curry leaves. This soya chunks masala fry is a quick, tasty and healthy appetizer that can be made easily at home. 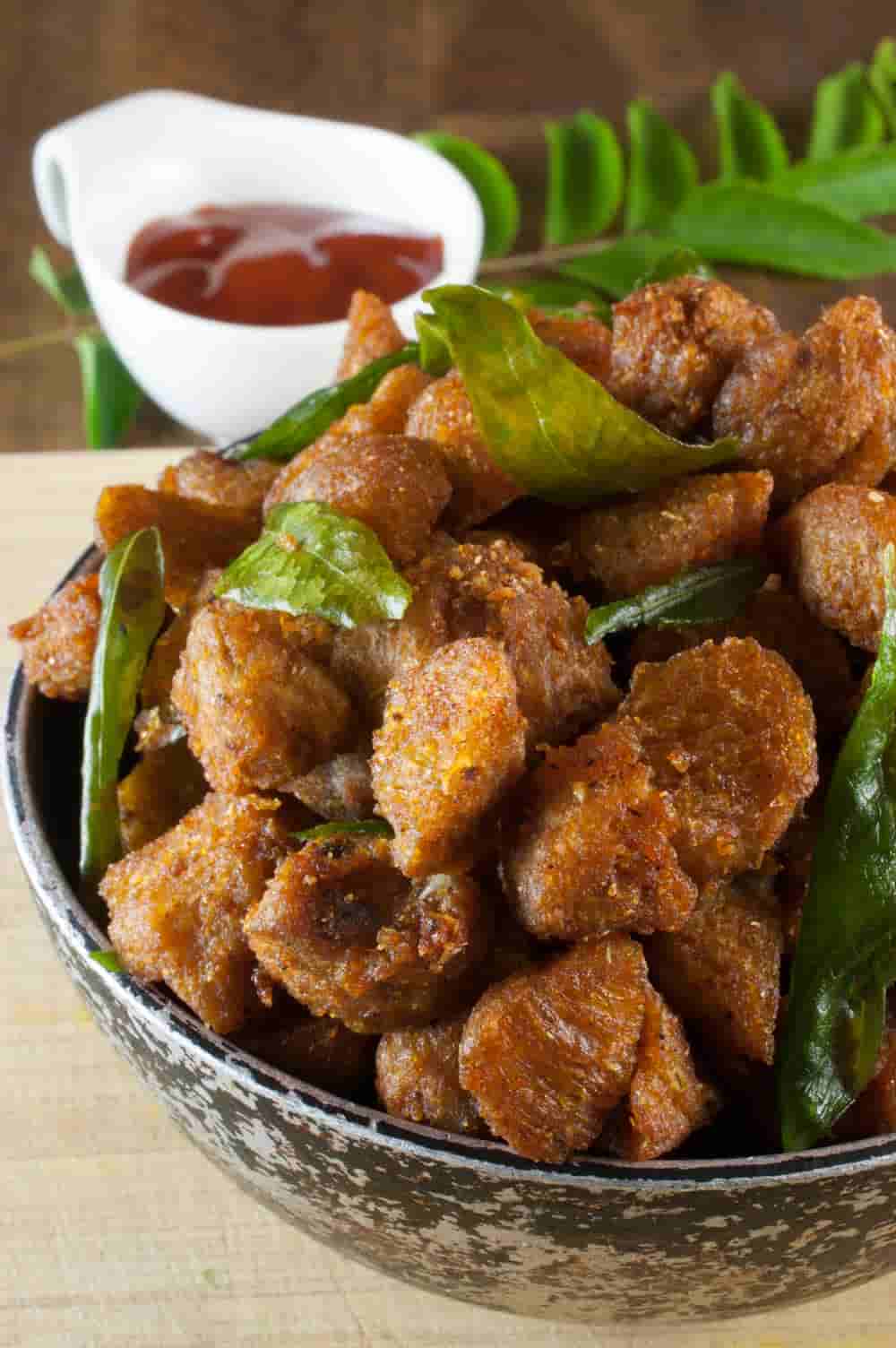 Soya makes a great addition to the protein component of a balanced vegetarian meal plan. It’s my favorite veg recipe during X’mas or Easter lent season. Makes a good replacement for meat. I used Nutrela’s soya chunks and would highly recommend it. It’s the largest selling soya foods brand in India. Soy meat or soya chunks or nuggets is a defatted soy flour product, a by-product of extracting soybean oil.

A soya dish cannot be easier than this. Here’s a yummy appetizer with soya. 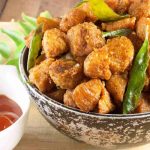