Soya chunks or meal maker cooked with chilly and spices. This soya chunks masala dry / stir-fry recipe is an easy, healthy and tasty side-dish. It goes well with rice, chapathi, and any Indian bread. Soya chunks is also called as soy meat or soya nuggets. Soya / Meal maker is a good replacement for meat for the vegetarians. 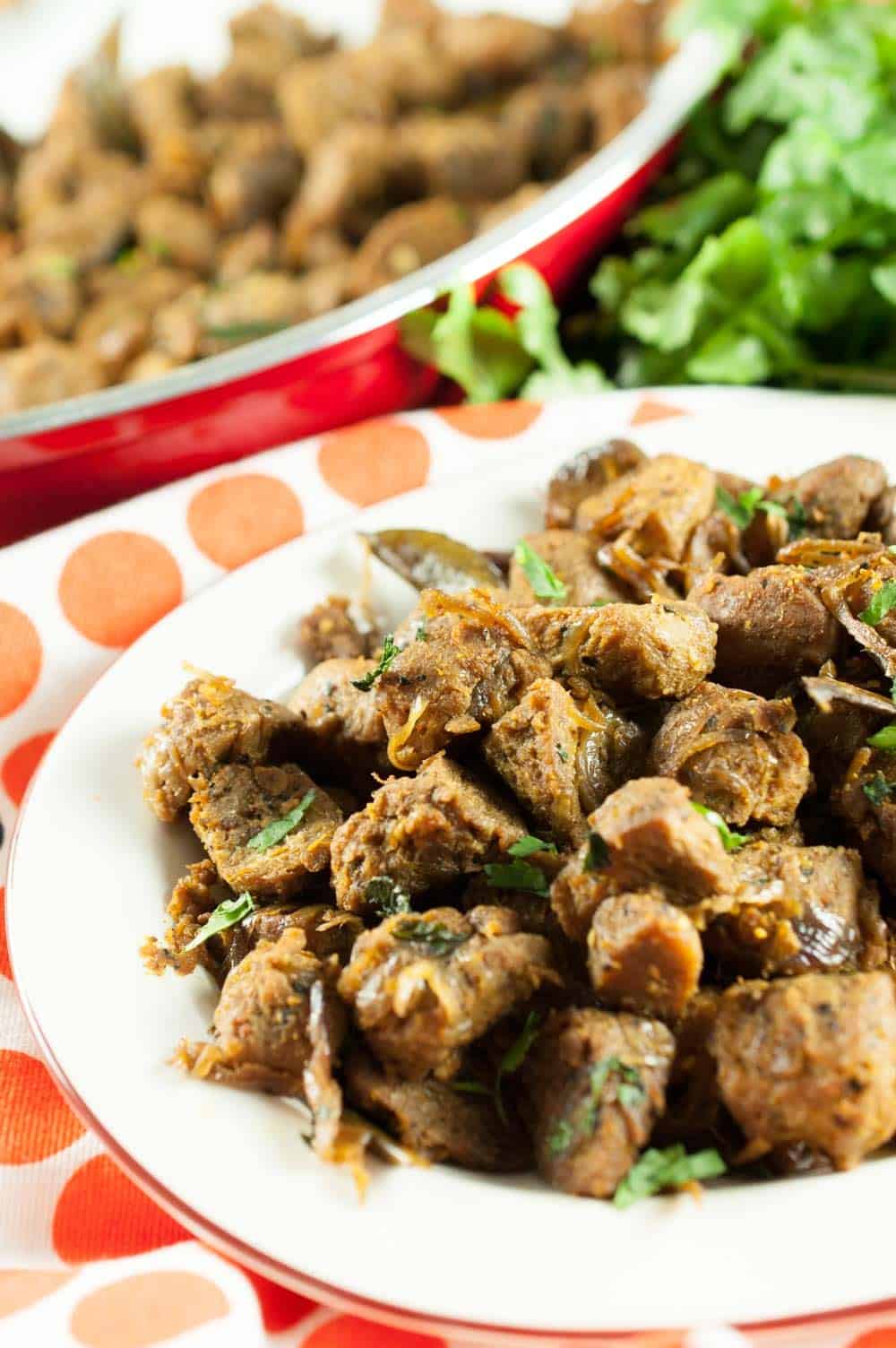 Soya chunks or meal maker dishes are not so common in Kerala. The first time, I had soya chunks fry at my friend Molsi’s home and couldn’t believe that it’s a vegetarian dish 🙂 Later on, It became my favorite veg recipe during X’mas or Easter lent season. If you cannot bear the smell of soya chunks, make sure you add more masala, especially whole fennel or fennel powder.

It is an awesome soya stir fry preparation. It is rich in protein, vitamins and helps reducing cholesterol. In short a perfect ingredient to work and experiment with.

The spices and flavors in this recipe can be adjusted as per your taste buds. You can play with your favorite set of spices, but do stick to preparation method. Soya chunks can taste awful if not treated as desired.